Can it possibly be as simple as saying something nice to stop the spewing of venom and all the toxic verbal sewerage that is pouring out in our media today? Why is there so much hostility and pernicious language between members of two opposing groups? As a nation we are going through an extreme emotional trauma that is splitting us in half. What is it about the human mind which drives us into or away from these combative and divisive narratives?

I recall the only moment of benevolence in the entire 2016 presidential election coverage was when the town hall participant Karl Becker got the closing question in the second presidential debate: "Would either of you name one positive thing that you respect in one another?" In that moment I actually put my hand on my heart as if I was about to say the American National Anthem. This question caused the two candidates to push their reset button.

Historically finding peace and forbearance has proven to be difficult, in almost all deeply divided societies such as Israel / Palestine, South Korea / North Korea and Bosnia / Sri Lanka. In these countries antagonistic narratives and a range of structural features keep them in a constant state of aggression and violence. It often feels impossible to change society's mind on any conflicting issues. Most attempts to persuade backfire and make the gulf between disputing factions an even wider chasm of hate and frustration.

Neuroscientific research has shown us that there are positive mechanisms activated in our brain when doing or even saying something kind. Meanwhile behavioral science has shown us that the pursuit of fact finding and evidence brought to arguments can only create more adversarial behavior, and farther push away any reconciliation. We take on a defensive position when our belief system is threatened or opposed.

So is there a magical elixir to stop the pestilence of this 2016 election? YES In that heated moment of anger and frustration push your reset button and think of one kind thing you can say about your opposition and SAY IT! There is no Red or Blue pill and we cannot leave this in the hands of our current political leaders. The change starts within and your words have the power to induce violence or produce comradery. We must be distinct and purposeful in our choice of words that are to be followed by our actions. Each word has a rippling effect that can travel across oceans or next door in your neighborhood and start a war or end one.

Peace activist and three times Nobel Peace Prize nominee Scilla Elworthy, gives us some invaluable instruction, in this TED Talk and maps out the skills we need — as a nation and individuals — to deal with the situation at hand.

We have to believe that each of us has the capacity within us to be an Aung San Suu Kyi, Mahatma Gandhi and Nelson Mandelaa. 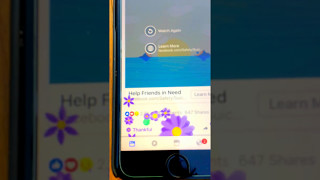