Where Good IDEAS Come From

In his TED talk, Steven Johnson shows how history tells a different story. His fascinating tour takes us from the "liquid networks" of London's coffee houses to Charles Darwin's long, slow hunch to today's high-velocity web.

In his book: Where Good Ideas Come From: The Natural History of Innovation, Johnson tells the fascinating stories of great ideas and great thinkers across disciplines. From Darwin and Freud to the halls of Google and Apple, Johnson investigates the innovation hubs throughout modern time and pulls out the approaches and commonalities that seem to appear at moments of originality.

Johnson is a longtime innovator in the web world: He was founder and Editor in Chief of FEED, one of the earliest and most interesting online magazines. He co-founded Patch, an intriguing website that maps online conversations to real-world neighborhoods, and outside.in -- and is an advisor to many other startups, including Medium and Jelly. He is the host and co-creator of the new PBS and BBC television series How We Got to Now, which aired in the fall of 2014. He is the best-selling author of seven books on the intersection of science, technology and personal experience.

Let me know how much you enjoyed his talk or book. 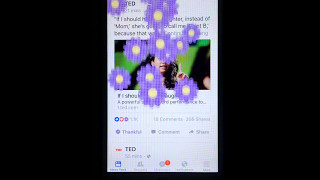